I was recently asked this question. Personally, I might have to go with the futomaki, which translates literally as “fat roll.” 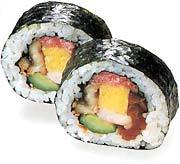 Most of the oversized sushi rolls that we eat in America were invented right here in the States. Typically, traditional Japanese sushi is made small. But the futomaki is an exception. It’s usually overstuffed with a surprising variety of ingredients, including simmered vegetables and mushrooms, tamago (egg), and perhaps boiled shrimp. In Japan, futomaki don’t show up much at traditional sushi bars, but rather appear at more informal venues, such as picnics. 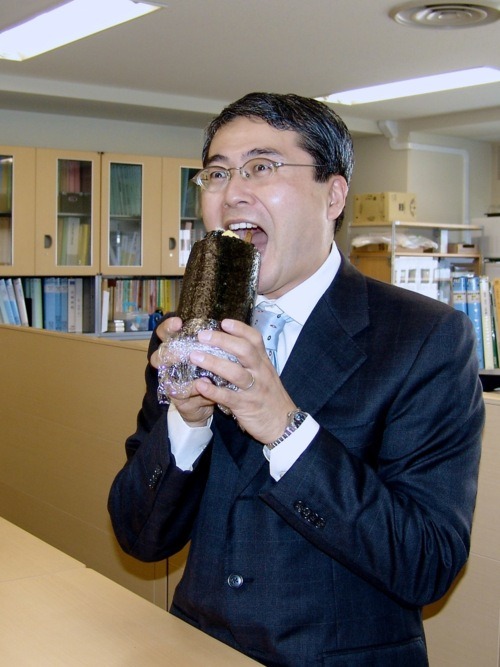 The problem is that when a futomaki is sliced into pieces, it becomes nearly impossible to eat, at least with any sense of decorum. The slices are usually too big to fit in your mouth all at once, but when you try to bite them in half, the fillings fall apart and tumble onto your plate, or worse, your lap.

It turns out that a better way to eat a futomaki is actually what you see here, demonstrated by this famished salaryman sneaking a quick lunch at the office. No slicing necessary.