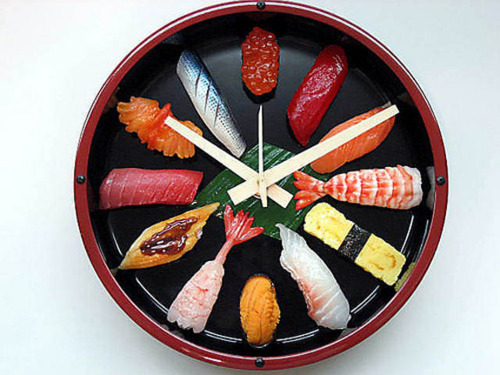 With the ongoing tragedy in Japan, people have been asking me if sushi is safe to eat, and indeed, whether the future of sushi as a cuisine might be in jeopardy. Let me first say that the situation in Japan is heartbreaking, and I have many close friends there who I’ve been in contact with and whose safety I’m concerned about. The question of sushi’s future seems peripheral to all this, and yet for those wondering from afar about risks to their own health, it’s a fair thing to ask.

While sushi began in Japan as a snack made of small seasonal fish and shellfish from local Japanese waters, now, for better or worse, it’s become a globalized, decentralized industry. Here in the United States that means a typical mid-range sushi restaurant is likely to be serving mass-produced ingredients sourced not necessarily from Japan at all, but from all over the planet.

For example, an average piece of tuna might have been deep-frozen on a factory ship on the high seas weeks or months ago and never come close to Japan on its journey to our plates. Salmon is purchased from aquaculture operators off Chile and Canada. The bulk of the freshwater eel referred to as unagi comes from industrial farms in China.

Much of the fish listed on sushi menus as hamachi—often called yellowtail in English but more accurately referred to as amberjack—originates from floating pens off southwestern Japan. Even these fish farms, however, are hundreds of miles away from the stricken nuclear reactors northeast of Tokyo.

Higher-end sushi bars are more likely to have incurred the expense of regularly sourcing seafood directly from local Japanese fisheries, and much of this seafood passes through the central Tsukiji fish market in Tokyo. But should serious connoisseurs be worried?

A few days ago The New York Times interviewed Tsukiji’s general manager and reported that before the earthquake, only about a tenth of the seafood sold there came from the northeast. Now think of the scenes we’ve been seeing of boats and ships resting on the tops of buildings. The tsunami wiped out the entire region’s fishing and seafood distribution system. Fish from that part of Japan are no longer being caught, and won’t be anytime soon.

In the short term,  smart sushi chefs here will be ensuring that their seafood comes from other places, and will advertise the fact—indeed, they might not have much choice, as the FDA slows seafood shipments from Japan as a precaution. This might lead to some scarcity and perhaps slighly higher prices, but so far it doesn’t seem as if it will be terribly disruptive, even for higher-end establishments. Several chefs I know at top-quality sushi bars already prefer to serve a slice of fluke from, say, Long Island over similar fish from Japan anyway, because the fish is fresher.

Yet worries will linger, particularly if the nuclear crisis in Japan worsens. In the longer term, can sushi as a cuisine survive this?

Many of the artisanal skills associated with Japanese cuisine have already jumped the boundaries of Japan and taken root elsewhere. American farmers are growing high-quality sushi rice in California, and the exceptional wasabi served at many of the historical sushi dinners I host comes from Oregon. A better alternative to Japanese farmed hamachi is being raised in Hawaii. And some of the finest Japanese miso in the world today is being produced not in Japan but in western Massachusetts.

The fact is, though, that sushi has already been facing an existential crisis for some time, well before the earthquake and its tragic aftermath. We’ve all been devouring so many of those industrially-harvested low-end fish—tuna, salmon, hamachi, and unagi—and high-end trophy fish—bluefin in particular—that sushi hasn’t been a sustainable cuisine.

And that’s not to mention the health risks inherent in all these types of seafood that we’ve already been living with. All of these fish accumulate various kinds of toxins which we then ingest, from methyl mercury to PCBs to old-fashioned chemical pollutants.

The irony is that none of these types of seafood is a traditional Japanese sushi fish. With or without Japan’s current disaster, if we want sushi to survive long-term we’ll need to return to a more traditional approach to eating it, which is what I’ve been advocating with my dinners all along. This means asking chefs to make us sushi concocted from a more healthful and wider variety of smaller, more seasonal, more naturally procured fish that are lower on the food chain, along with shellfish and vegetables that are more local in origin. These are more interesting to eat anyway.

Let’s hope for the radiation leaks in Japan to be contained as soon as possible. After that, a situation that forces both the makers and eaters of sushi to diversify and simplify might not be a bad thing, taking sushi back to its roots—perhaps not necessarily to the particular fish of affected waters off Japan but to the philosophy that inspired the cuisine in the first place.

A version of this post was first published on The Atlantic.

Posted in Sushi and tagged sustainability
← In Tokyo, the New NormalWhat Is the Most Difficult Sushi to Eat? →