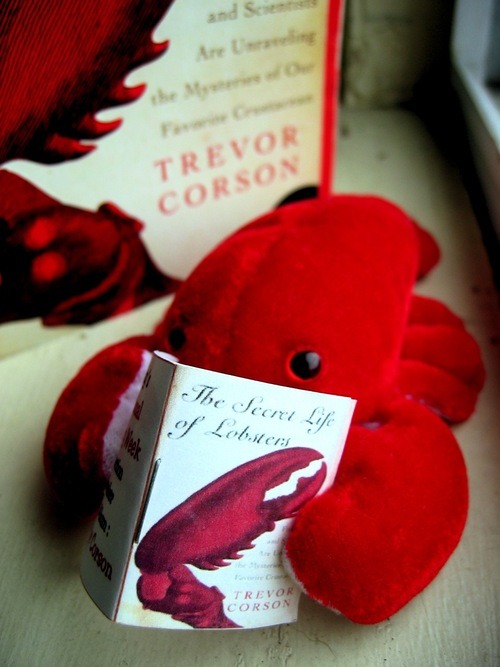 In honor of “National Lobster Day,” here’s some lobster trivia from The Secret Life of Lobsters, as printed in a publication called “Out & About in Downeast Maine”:

• Maine fishermen catch and sell between 55 million and 60 million pounds of lobster a year.

• It takes the average lobster from five to seven years to reach legal size. In that time it will shed its shell between 25 and 27 times.

• A female lobster will bear between 6,000 and 100,000 eggs. Fishery conservation laws in Maine prevent fishermen from keeping egg-bearing females.

• There are more than 7,000 licensed lobster fishermen in Maine. Each year they put out more than 3 million traps.

• Lobsters are naturally a greenish, yellow color. Only cooked lobsters are red. The most rare color is blue. Only about one in 2 million lobsters are blue.

• The largest lobster ever caught was pulled up off Nova Scotia and weighed just over 44 pounds. lt was believed to be more than 100 years old.

• The only legal way to catch lobsters is with a licensed trap. The largest lobsters typically found in traps weigh 15 pounds, although ones that big must be thrown back for exceeding the maximum size.

• Despite the fact they have more than 20,000 “eyes” lobsters have terrible vision and communicate by smell and sensing movement with their antenna.

Posted in Uncategorized and tagged lobster
← A Civilized CrustaceanLast Supper →