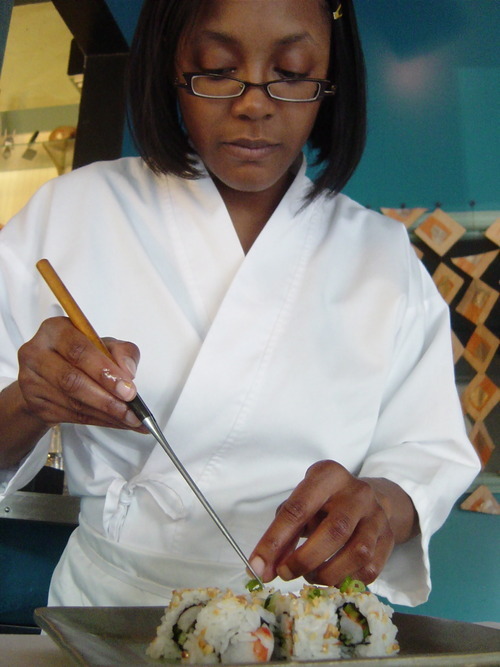 I didn’t think there was one—until now.

American sushi chefs are reinvigorating the traditional cuisine in surprising ways at the moment. One of the more unusual chefs in this movement is an African American woman in Memphis named Marisa Baggett. She’s just written a touching vignette about how Michael Jackson became part, in a roundabout way, of her effort to master the Japanese culinary arts.

You can read more about Marisa and other American sushi chefs in my recent article on this subject in The Atlantic. There’s also a video slideshow I put together that features Marisa and her African American apprentice, Kevin Sullivan.

I’ve also blogged recently about the curious question of why there are so few women sushi chefs in general.

Posted in News, Sushi and tagged chefs
← That Green Stuff Isn’t Wasabi, and It’s Not Supposed to be on Your PlateHow to Cook a Lobster Humanely →