Having played in a rock band in high school, the dream, of course, was always to “play an arena.” I’d assumed that dream had died a brutal and summary death once I’d headed down the path of becoming a writer—not to mention a writer who has spent a good chunk of his time writing about things like spatial and temporal patterns of benthic habit usage by invertebrates.

So it was kind of like getting a little piece of the high-school dream back when I arrived at the National Marine Educators Association conference in Boston yesterday to deliver my keynote speech and discovered that I would, actually, be playing an arena—Matthews Arena, home of the Northeastern Huskies.

Not exactly Madison Square Garden, but hey. Life is usually so full of disappointments. Savor those sweet, small victories. 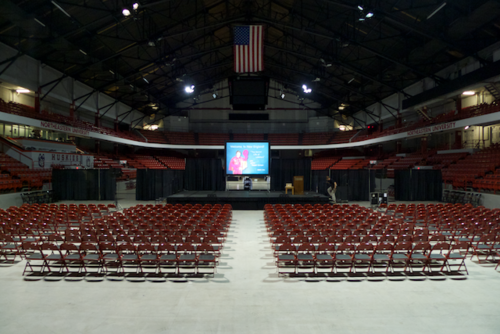