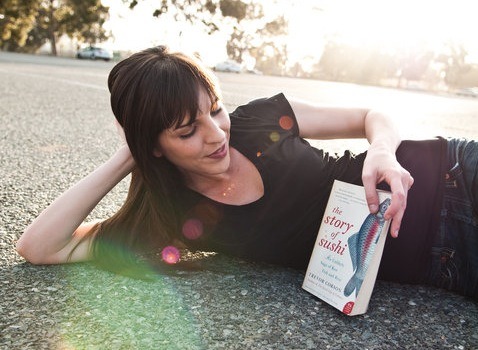 Have you ever struggled with something you’re not good at? Have you ever wrestled with a sense of inadequacy in the face of daunting challenges that seem easily mastered by others? Have you ever persevered only to encounter widespread prejudice against you?

Kate Murray, pictured above, had never cooked much more than scrambled eggs and had no background in Japanese culture–her family history is Irish-Italian–and she didn’t even know how to hold a kitchen knife properly. Throughout her teenage years and into adulthood she’d struggled with eating troubles and bouts of depression.

Nevertheless, she made a crazy decision–to become a sushi chef. My book The Story of Sushi is partly a chronicle of the rough road Kate traversed as she pursued that goal, apprenticing herself to samurai-like sushi masters and confronting fish guts, razor-sharp blades, and gender inequality, among other challenges.

It has been fascinating, and a bit surprising, to me as an author to watch the range of reactions among readers to Kate and her travails. I chose Kate partly because I wanted to approach the esoteric subject of Japanese cuisine through the tale of an everyday American. Many readers have told me they appreciated this approach, and found Kate to be an inspiring–and in the words of one reviewer, “root-for”–character who struggles but manages to persevere within her own limitations, and even overcome some of them. 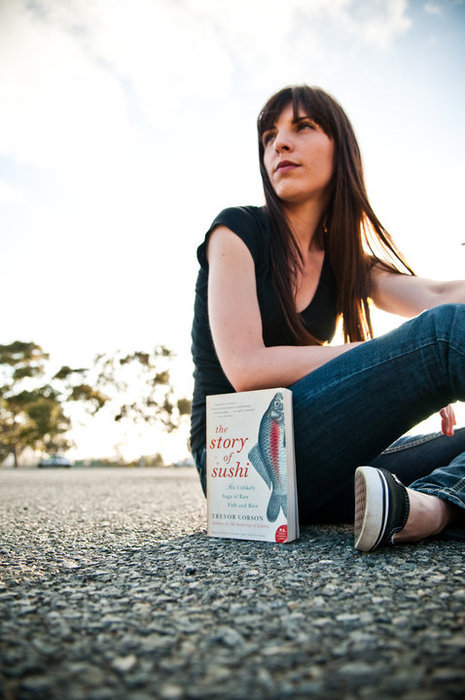 Other readers have found Kate frustrating to read about, and some have even been vociferously dismissive of her for her shortcomings. Fair enough, I suppose–sometimes when we crack open a book, what we are looking for is a hero who has fewer failings than most of us do in real life. What I can say is that Kate’s story is true.

Some readers also seemed have to their sense of purity offended by the way I mashed up the story of a sophisticated Japanese tradition with the day-to-day fumbling of an American apprentice with little expertise. As someone who’s studied Japan for decades and lived there, I’m a bit skeptical when it comes to the purity of Japanese tradition, and The Story of Sushi was a deliberate attempt to shake things up.

One reader was particularly incensed that I seemed–apparently based on her interpretation of the book–to have developed a crush on Kate. I did feel a certain “root-for” affection for Kate while following her through her ordeals, but there were also times when I became very frustrated with her, too.

All of this makes me feel, in the end, that I must have done a decent job reporting the story, since these different responses seem an accurate reflection of the complexity of reality. It seems to me that Kate must be a sort of Rorschach test for all of us, depending on the expectations we bring to the book. If you get the chance, check out the book yourself–it’s a brisk read and you’ll emerge a sushi master–and let me know what you think.

Either way, I don’t set out to write a book that the people depicted in it will necessarily like, and sometimes they don’t like what I write. But I have to admit that my affection for Kate was renewed when I saw that she’d posted these photos of herself with the book on her Facebook page.

Today, Kate is still making sushi; after working a variety of restaurants, she now has a sushi catering business in San Diego called Miss Sushi.