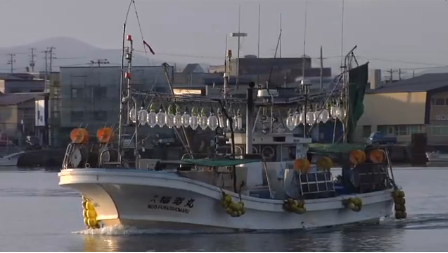 Below is a clip from a new documentary called Sushi: The Global Catch opening in New York City this weekend. Some of the most touching parts of the film for me were these scenes from a remote fishing village called Oma on the northernmost tip of Japan’s main island, where a white-haired curmudgeon named Hirofumi Hambata, chairman of the local fishermen’s co-op, states his profound concern about the global overfishing of bluefin tuna, and explains why Oma’s small-town bluefin are the most sought-after by sushi chefs. Having worked as a small-boat commercial fisherman in a remote village myself, I was heartened to hear one of Tokyo’s best chefs describe how Oma fishermen catch bluefin from a small boat with a single hook & line.

Not included in this clip, but in the film, is a moment when Hambata makes a point that particularly resonated with me, because it’s something I mention at every one of the historical sushi dinners I host: in sushi, there are so many other delicious fish to eat besides tuna that aren’t endangered. To hear a Japanese tuna fisherman who serves the highest end of the sushi market say this is profound.

The distributor of Sushi: The Global Catch has hired me to host a couple of post-screening Q&A sessions about what’s depicted in the film. More details here of when I’ll be on site, at Quad Cinema. Hope to see you there.

Posted in Sushi
← The Global CatchWorld’s Most Elegant Doggie Bag →