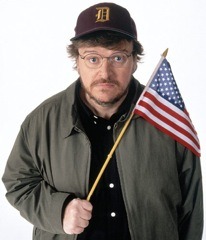 I haven’t received this much hate mail since I wrote about stabbing of lobsters with large kitchen knives. The other day I dashed off a little article for the CSMonitor’s weekly edition about how nice it is that people in Nordic countries such as Finland get free health care and top-notch universal public education. The angry letters started pouring in. Many of them accused me of being a communist and asked me to leave the United States. One blogger said I was ‘just as evil as Hitler, Mao, and Stalin.’ (I made the effort to write back to some of my correspondents to explain that actually, I know something about communism.)

My little article was the #1 most-read article on CSMonitor’s site for several days, receiving tens of thousands of hits, being featured prominently on Yahoo.news, and getting linked all over the place. I guess it says something about the state of public services in the U.S. that my simple observations struck such a nerve.

Michael Moore apparently thought so; he listed the piece on his “Must Read” list. Great—now the hate mailers are probably pinning my face to their dartboards, not realizing that I’ve written critically of big government, too.

Meanwhile, there was an interesting letter to the editor from an American musician living in Finland saying he fears the U.S. and Finland are crossing in the night—that younger Finns are becoming much more materialistic and want Finland to be more like America’s “broken example.”